CODE RED: FAKE NEWS a.k.a. How To Deal With Unreliable Media Coverage 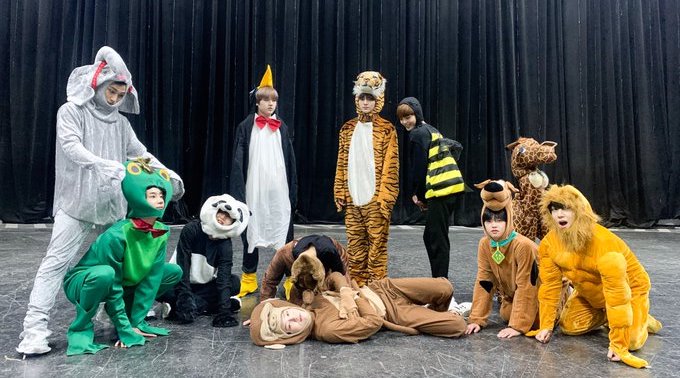 ONE ITs are strong but our hearts have been very fragile for some time now. We have been battling uncertainty and misinformation at every corner. Tabloids and big K-pop translator accounts have been feeding into the negativity - there is a pattern of selective reporting. Rumors and speculations are published without sources and spread as if they are verified facts. When we are holding on to crumbs of positivity and hyping ourselves up - we see a clear attempt to incite confusion and misunderstanding about X1, their relationships, their situation and the ongoing scandal as a whole. This is a media circus, and we have to be vigilant to discern the reality from the tricks and illusions that are being put out.

There have been countless news with just an “insider” as the source - a statement without any names or sources. These are publicized, spread, and repeated until it is so ingrained into our memories that we forget that the root of the rumor is unverified. People cite some trainees knowing the choreography beforehand as receipts now - it remains an unverified hearsay, stated by one individual in a TV program. A 'fake' news that truly plagued the fandom is how an “insider” from CJE&M allegedly said that CJE&M had a meeting with X1 members and that they asked the members if they are willing to continue as X1 members. The final decision, they said, depended on the boys. The article claimed the group’s divided opinion on the matter is the main reason for the current hiatus.

It rings false, but it sows a seed of doubt. Even when CJE&M came out with an official statement, we were worried; we do not trust corporations easily. The article capitalized on the divide between OT11 supporters with clear biases, solo stans who only want the best for their idol and One Its as a whole. Our division became our weakness, we wondered: what are we fighting for if it is X1 themselves who are tired of this war.

We have evidence of X1 members spending time together, X1 members signing with X1 on their names. They are constantly logging in to fancafe and reading our messages. We may not be able to hear directly from them on social media, but their actions speak louder than words. We trust them, we trust their decisions, we wait for it - but we shouldn't follow unconfirmed sources blindly, we should not put words in their mouths.

Tabloid magazines feed on clicks, and they know there is a ready market willing to eat it up. The sources? Irrelevant. Fact-checking? An afterthought. Most of them pick up inflammatory, divisive news and ignore the positive, uplifting ones.

This puts an unnecessary burden on us, readers, to read and discern what is real news and what is fake propaganda plants. Let us not let these fake news divide our fandom.

Now our fandom is being shaken again with claims about ranks and the real lineup.

If we analyze them, these are nothing new, these are rumors that have plagued our fandom before, rumors that just cause a division between fans. It is the same recycled speculations we have been seeing the past months. There is no new information, no fact, no evidence, no proof, just a nameless “insider” whose claims we are to believe. We panic, we fight, we forget that official sources have already confirmed — there is no real lineup to be had; the votes, popularity, bribes: they were all a non-issue to the final results. X1 is the only lineup, and the police investigations and the impending trial are not concerned with them or their legitimacy anymore.

Our critics are seeing that slowly ONE ITs are reconciling, slowly ONE ITs has begun to rely on each other to protect the fandom and X1. We have started to rebuild, we have turned our efforts to keep the fandom alive during this time of X1’s absence from the music scene, especially now that the general public opinions towards X1 has been favorable. Now that the public are seeing X1 as victims also of adults who just wanted to feed their greed and used the series as the medium to do so. Now, that international fans support are being heard, the critics are afraid, they’ve grown panicky. They do not want OT11 sentiments being heard.

We did not initially intend to publicize this, but less than 10 hours after our website first went live, the server was attacked by outsiders causing the site to go down temporarily. As explained by our technical team, the website received a DDoS (distributed denial-of-service) attack. This happens when multiple systems flood the bandwidth of a targeted system, in this case, the Wings for X1 website. In layman's terms, it's like when a lot of people are accessing the website all at the same time causing it to go down, but in reality, it was only being targeted by a single entity (or two). We have had multiple hacking attempts since then, and are grateful to have an IT team that has warded them all off successfully. But the message behind each attempt was clear: “Your voice is not supposed to be heard.”

Which is exactly what motivated us to be louder and ensure that we are heard.

We cannot hear the members now, but they can hear us. We need to sure that they only hear words of support and comfort from us - not the seeds of doubt that these news articles are trying to sow.

Let us not let unverified news affect our fandom again! ONE ITs are stronger together, as are the members of X1 themselves who try so hard to protect and lift each other up. They’ve shown time and time again how genuine their friendship is, there was never any real competition between the members themselves. We can see that X1 treat each other as important people in their lives, people they treasure. So why must we keep on hurting each other, us ONE IT who are the most important people to X1? Why must we hurt X1 members, members who are loved by our biases?

Let us not not let ‘Fake News’ media ruin us, we cannot afford to let our walls crack, for ONE IT is the wall that can protect X1. We are ONE family now, it is time we start acting like ONE. Let us trust each other, trust X1, and trust only official news.

Connect with
I allow to create an account
When you login first time using a Social Login button, we collect your account public profile information shared by Social Login provider, based on your privacy settings. We also get your email address to automatically create an account for you in our website. Once your account is created, you'll be logged-in to this account.
DisagreeAgree
92
0
1
16

puff bar near me

head shops near me

how to play walking war robots